For this project Despe manufactured the first SCK® in Italy in six months, with one month for delivery to Usa.

High above New York City’s streets, ironworkers building the 70-story One Manhattan West tower are laboring inside of our six-story, 900-ton steel-mesh cocoon that hydraulically crawls up the sides of the building as they erect structural steel around the tower’s concrete core.

Once several floors’ worth of steel is in place, the Cocoon retracts its walkways, activates its hydraulic cylinders and jacks itself up to the next tiers. Suspended from the building’s columns and driven by its own onboard generator, the cocoon can travel between floors without the aid of a crane or even stopping work on the site.

In addition to providing a safety cage around the site, it provides a one-meter-wide walkway around the site on all six levels and integrated ladders to move between levels. For power, 96 110V plugs can be found around the perimeter. An air compressor and welder are included, as well.

The cocoon is run from a control cab that is fastened onto the side, with an internet link back to engineers in Italy to monitor operations. There are over a thousand sensors on the cocoon monitoring over 220 hydraulic jacks. Using this system, we’re able to perform a double-floor jump in only three and a half hours. A team of three technicians can oversee the entire jacking operation. 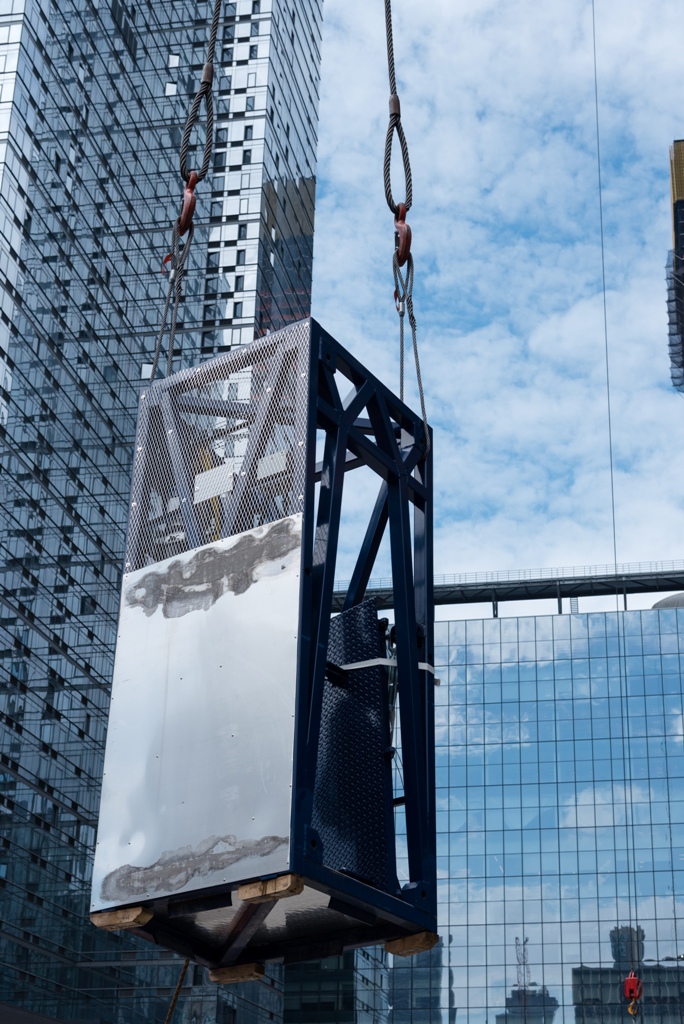 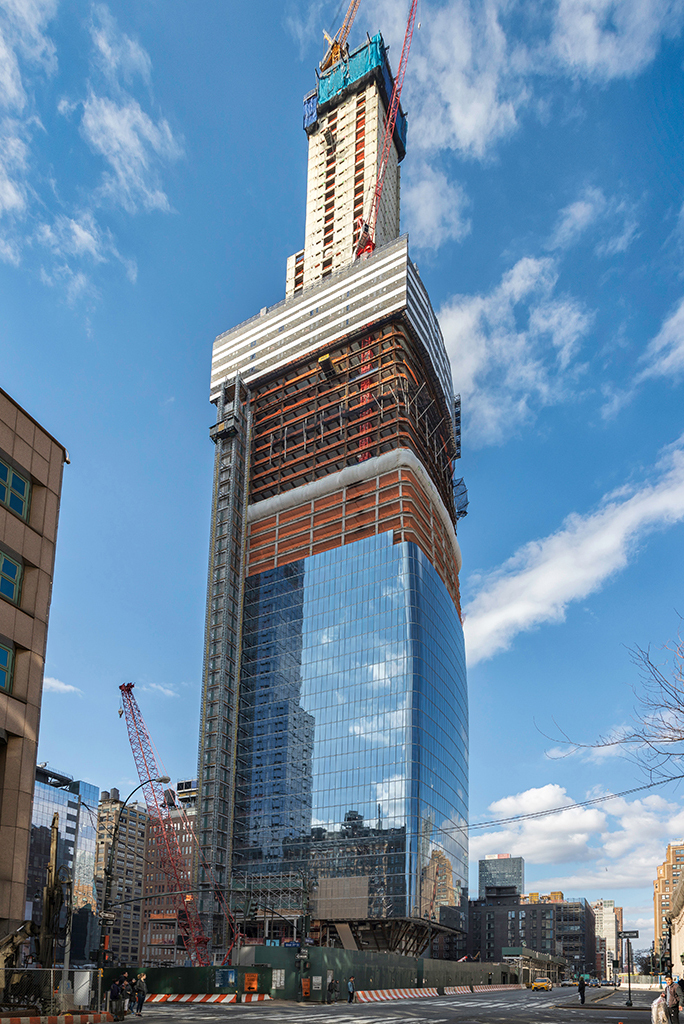